The oil company of the ex-owner of Yugra Bank, now under arrest, managed to embezzle not less than 20 billion rubles from the state budget.

Gasoline prices in Russia have become the subject of almost daily meetings of the government, as well as jokes and internet memes. Social networks are full of impressive price comparison charts: for example, in 2008, when oil cost $130 per barrel, drivers at petrol stations paid 23.5 rubles for a litre of 95-octane, and in 2018, with an average oil price of $70, they paid almost 45 rubles. The state puts the blame for these rising prices on the oilmen, who strive to sell most of their raw materials abroad. They, in turn, don’t get tired of reminding everyone how much of a share in the rising price is taken by taxes and excise duties.  Beyond this endless discussion (at least in the public part of it) there is only corruption and theft to explain the price. These two factors, meanwhile, play a significant role in the price of the final product and in the amount of taxes collected, as the example of the oil company Dulisma shows.

Joint Stock Company Dulisma has become one of the frequently identified enterprises in the background of media coverage of the arrest of Alexei Khotin (lead image, right), the former owner of Yugra Bank, which was stripped of its license by the Central Bank in July 2017.

The bank, as we now know, owes its depositors roughly 174 billion rubles, compensation for which is now undertaken by the state represented by the Deposit Insurance Agency (DIA).  As it has also become clear, for  many years loans were obtained from Yugra on extra-friendly conditions by companies connected with the Khotin clan (Alexei and his father Yury [lead image, left]); in the press they have been called more than once a ‘raider gang’. Obviously, the majority of these multi-billion loans are now  unrecoverable. Trying to return at least a part of the funds actually stolen from the bank, the receiver of Yugra published on April 18 a statement of intention to file for the bankruptcy of the Dulisma company.

With the appearance of the first signs of increased attention from the Central Bank to Yugra Bank, Khotin initially began to re-register his companies in the names of other trusted people in order to escape the status of legal owner and to shield himself from attack. This turned out to be a difficult matter, because at that time the banker directly or indirectly was connected to at least 70 operating companies from the oil industry; to another 50 firms managing his Moscow real estate — almost 2 million square metres of office and retail space; and to more than 20 offshore companies registered in Cyprus, the British Virgin Islands, Hong Kong, etc.

As a result, almost all Khotin’s oil companies came under the wing of Rus-Oil:  their founders [2] were different employees of this holding. And appointed by Khotin was the sole shareholder of the parent company of JSC Rus-oil, Sergei Podlisetsky (right) — a businessman of Ukrainian origin, the main trustee or “bag man” (as the media wrote),  and a partner of Alexei Khotin’s in raider operations of the 90s, when they were buying up or capturing office buildings in Moscow, and as Khotin prepared the ground for his oil empire.

One of the few companies which Khotin failed promptly to “reorganize” under new owners was JSC NK Dulisma. It owns the license to develop the rich Dulisminsky oilfield in the Irkutsk region; it also recently obtained the license for several wells in Yakutia. The founder of this joint stock company is still the Cyprus offshore company, Urals Dulisma Limited [3],  the beneficiary of which is listed as Alexei Khotin. The reason, according to market experts, is simple: Dulisma has been enjoying unjustified  tax privileges on oil exports for so many years that a fundamental change in the ownership structure of the company could destroy the obviously corrupt scheme.

The RBK business portal reported in 2015 that the Dulisma company of the Khotin family was managing to gather export benefits faster even than Lukoil, and that the amount of uncollected government revenues, if  these benefits were continued until 2033,  could reach 92.5 billion rubles. The Dulisma case was even used by Finance Minister Anton Siluanov at the presidential commission on the fuel and energy complex as an example to illustrate the ineffectiveness of the method then in use by the state for distributing benefits. Surprisingly, even after that the Khotin company managed to continue enjoying the benefits, and still does to this day.

It is even more surprising that at the very same time Dulisma was carrying out export deliveries of oil, the company didn’t miss the opportunity to defraud the state.

At our disposal is a report of a large-scale investigation conducted by the Federal Tax Service of Russia regarding two deliveries made in 2012 by Dulisma in favour of the oil trader Concept Oil Services Limited [4] (Hong Kong).   As the tax authorities have found out, the sale price of the oil was artificially underreported by a sum of about one billion rubles. The budget (tax) arrears specifically for these transactions amounted to 177 million rubles. But it is worth saying at once that this is not the only such case in the practice of Dulisma. In the Russian register of arbitrazh court cases, you can find many more claims which the tax authorities have presented to the same company on evidence identifying similar frauds. So in 2017, Dulisma was forced to pay to the state budget another 495.5 million rubles;  how many more schemes have remained unsolved, one can only guess.

To find out the true price earned by the owners of Dulisma from oil exports, the tax authorities carefully studied the quality characteristics of the raw materials;  calculated the cost based on market markers published by the international information and price agency Platt’s Crude Oil Marketwire;  the coefficients for this price reflecting the conditions and timing of delivery; secured official responses to requests from Platt’s and certifying bodies, as well as extracts from ship logs (bills of lading) of the tankers in which the oil was transported from the fareastern port of Kozmino to foreign ports.

The verdict of the tax authorities was as follows (quoting from the document): “On the basis of the specified technique…calculation of the minimum value has been made of the market price which must be applied in the designated transaction.”

“From analysis of the submitted invoices and waybills of JSC NK Dulisma for 2012 it was found that the dates of invoices coincide with the dates of the company’s bills of lading for goods exported to the address of Concept Oil Services Limited.”

“In accordance with the specified invoices, waybills, accounting and tax registers, the total amount of proceeds from the sale of crude oil to Concept Oil Services Limited in 2012 has been calculated.  The total for accounting of corporate income tax for 2012 amounted to 18 271 627 849.35 rubles [$598 million]. The amount of underreporting of the taxable base for income tax … totaled 806 605 092,60 rubles [$26 million]. Thus, as a result of violation of the requirements of Paragraph 1 of Article 105.3 of the Code,  namely the application of JSC NK Dulisma for tax purposes in controlled transactions of commercial and (or) financial conditions not comparable with commercial and (or) financial conditions of transactions between persons who are not interdependent, the unpaid income tax came to the sum of 161 321 019 rubles [$5.2 million].”

And this, we repeat, is only one of the documented episodes of the tax scam of Alexei Khotin’s oil company.

It is also interesting that the oil exported by Dulisma went in completely opaque directions. That is, theoretically, this raw material exported from Russia on preferential terms, as we remind, could have ended up in the hands of unscrupulous buyers, including terrorists. Here is what was said in the explanations of the FNS [Federal Tax Service] on this occasion:

“In the consignee column for bills of lading for the goods exported to CONCEPT OIL SERVICES LIMITED in 2012, the listed were BNB PARIBAS (SUISSE) SA GENEVA BRANCH, ING BELGIUM BRUSSELS, GENEVA BRANCH, SOCIETE GENERALE PARIS, ZURICH BRANCH, GENEVA OFFICE, GENEVA. The ports specified for unloading were in the following countries: Japan, China, South Korea, Thailand, USA, and Indonesia (where the discharge port for delivery of goods from 02.05.2012 was PERTAMINA RU IV CILACAP… Thus, based on the documents and information available to the Federal Tax Service, it is not possible to identify the final buyers of the products of JSC NK Dulisma.”

Returning to the price of petrol and the reasons for its growth, I want to make simple calculations. The hole in the assets of Yugra Bank, according to the latest data, is 174 billion rubles [$2.7 billion] — in fact, this is the money the bank owes to depositors, who will have to be reimbursed by the DIA. The damage caused to the budget of the Russian Federation by the tax benefits and avoidance schemes of the Dulisma oil company by itself is, to date, about 20 billion rubles [$303 million]. And this is just one of the building blocks of the oil pyramid of the oligarch Khotin, who actually remains in control of the whole business, although the formal owner of most of the assets already listed is Podlisetsky.

Here’s a rhetorical question: should the government compensate such large-scale budget losses from corruption and theft by imposing new taxes and excises?

[* ] On May 20 this report was published by the Moscow website, Igolkin [5].  It was immediately republished on the aggregation site, Kompromat.ru [6].  There is no telling if the reporter byline, Andrei Maximov, is a pseudonym. This is because the Igolkin website itself has proved unready to identify itself, its owners, editors and reporters. 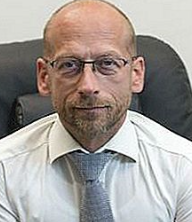 In Russian, “Igolkin” suggests the word, иголка (igolka), which means a needle. Thus, the website title may be a reference to the Russian proverb, Правда глаза колет – literally, “truth pricks the eyes”, or “the truth hurts”.  Whether Maximov is a prick and this report is the truth are difficult to say. In April 2018 the Moscow city arbitrazh court ruled in a case of disputed evidence and alleged defamation by Igolkin that it was impossible to verify either the author of the report or the proprietor and editor of the Google (US) registered domain, igolkin.blogspot.ru.  The court also ruled that “in these articles anonymous persons distribute untrue information, discrediting and damaging the business reputation of the applicants… until proven otherwise.” The qualifier is telling [8]: there was no evidence in court from the reporter or the publication. Since criminal as well as civil proceedings are under way against Alexei Khotin and his business associates, it is unlikely he will sue Igolkin for defamation, or that the publication and its reporter will be obliged to present to court the evidence they have cited. In this case, the presumption of innocence might apply to Igolkin as to Khotin. The details are for the reader to judge.

For more reporting of how the Khotin family loaned most of Yugra Bank’s funds to related-party companies in the oil and real estate sectors, read this. [9]   For more on the family’s employment of FSB,  SVR and other security service links to protect the reported embezzlement and fraud  schemes, see this report [10] on their tie to the Transneft pipeline company through ex-Senator Mikhail Margelov. And for Margelov’s background, read this [11].